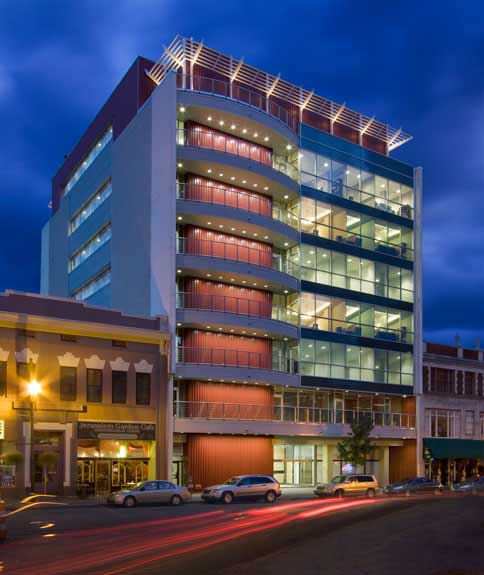 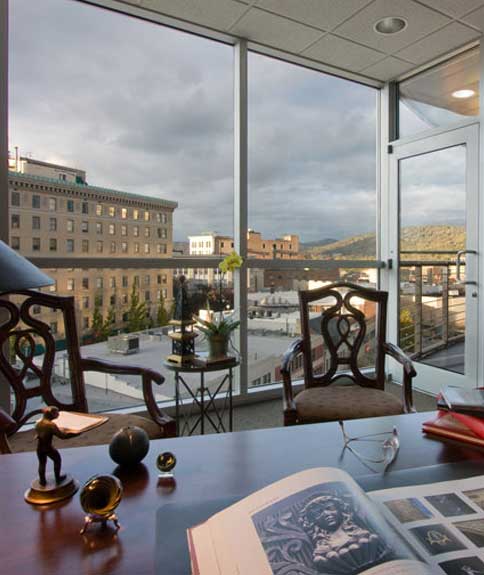 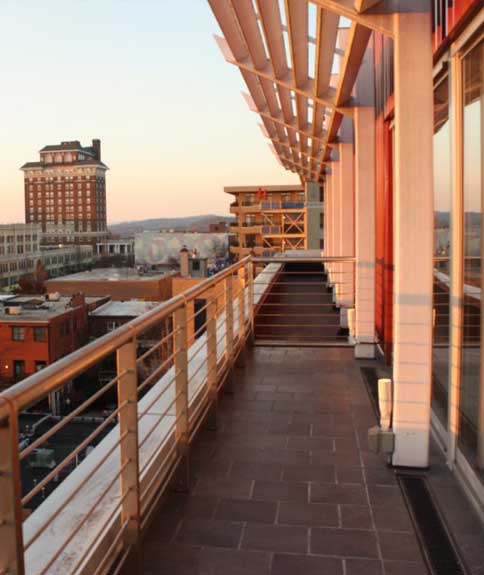 The conception and completion of this 55,000 square foot project was and remains one of the most visible and appreciated projects within downtown Asheville in many years. The building was the former First Union Bank Building and had remained vacant for over 5 years. Completion of this facility brought new life and a vibrancy to this area and has been called a gem in the revitalization of downtown Asheville. The office space it has provided is second to none in the downtown area and, due to its renewal/reconstruction, has greatly enhanced the skyline in downtown Asheville. It received an award from the American Association of Architects and has been mentioned in numerous news articles and its transformation greatly admired by many local citizens and government officials. Beverly-Grant was selected for pre-construction services in December of 2006. These services began in January of 2007 and consisted of preparing several budgets, offering many value engineering options, constructing preliminary and final schedules, and offering constructability analysis through June 2007 when building construction and demolition began.

This impressive building is located in the middle of downtown Asheville and had very little staging area. Demolition work, which included removal of brick and block from both sides of the existing building, had to be completed over the roofs of two adjacent structures which had numerous skylights and HVAC equipment located on top of them. Extreme care had to be taken in order to prevent damage to these existing structures as well as protect the general public. Once the final GMP was established in May of 2008, final project costs remained within the established GMP budget. The building shell was completed in June 2008 at which time tenant build outs began. Beverly-Grant was also selected for all six of the tenant spaces.